ILTS is a young and dynamic organization that brings together members of a multidisciplinary group of specialists and health care providers who promote the advancement of the science and practice of liver transplantation.

The International Liver Transplant Society (ILTS) is a young, vibrant growing organization of approximately 1400 international members belonging to a multidisciplinary cadre of specialists and healthcare providers, who have joined to promote the focus of ILTS – the advancement of the science and practice of liver transplantation by sharing of clinical and educational experiences and research at an international level”.

In addition, the ILTS is co-sponsoring important conferences, such as the NIH Living Donor Liver Transplant Symposium held in 2001 at the Natcher Center in Bethesda, MD. The ILTS strives to be the world’s authoritative society on all issues related to liver transplantation.

Origins and the Congress

With the expanding application of liver transplantation by Dr. Thomas Starzl and his team at the University of Pittsburgh since 1981, many international physicians and scientists visited Pittsburgh to be educated and contribute to this new and exciting field. The diffusion of this new technology resulted in the expansion of liver transplantation services around the world through the formation of new centers. Although informal at first, the dedication of specialists in surgery, anesthesiology, radiology, critical care medicine, infectious disease and psychiatry lead to the concept of a multidisciplinary approach to liver transplantation. In 1982, the group of transplant anesthesiologists and intensivists at the University of Pittsburgh envisioned the formation of an organization dedicated to satisfy the unmet educational needs and to provide a forum for discussion for those involved in liver transplantation. This group, led by Dr. Yoogoo Kang, believed that the specific interests of individuals belonging to the many disciplines involved in liver transplantation were not adequately addressed at most of the major medical society meetings.

Their first gathering, entitled “Anesthesia and Perioperative Care in Liver Transplantation”, was held in 1984 in Pittsburgh with 150 participants. All faculty members, including Dr. Starzl, were from the University of Pittsburgh. The meeting was organized as a course with a comprehensive overview of all topics in liver transplantation, of which the proceedings were published as a book, “Hepatic Transplantation: Anesthetic & Perioperative Management.” The overwhelming success of this meeting led to the second meeting in September 1986, again in Pittsburgh. In addition to state-of-art lectures, scientific papers were presented, which laid the foundation for an academic society. The proceedings from this meeting were published in Transplant Proceedings; Vol: 19; Supplement 3. Dr. John Farman, the anesthesiologist/intensivist in the team of Sir Roy Calne in Cambridge and an invited speaker to this meeting, agreed to develop a similar European group with the goal of sharing transplant experiences. This group was eventually called the Liver Intensive Care Group of Europe or LICAGE.

In 1988 the third symposium was held in Pittsburgh. With 250 participants and a growing number of scientific contributions from newly established centers (published in Transplantation Proceedings, Vol: 21; number 3)can be considered a turning point. The decision was made to encourage international involvement and to create the fondation for a society, which at that time received the name “International Society for Perioperative Care in Liver Transplantation.”

The First Congress of this International Society for Perioperative Care in Liver Transplantation was held in Pittsburgh in 1990 (Transplantation Proceedings, Vol. 23: number 3). During this meeting the newly created Society witnessed another evolution – the renaming as the International Liver Transplantation Society (ILTS). The ILTS was founded with a clear mission statement emphasizing a multidisciplinary approach, and effective communication between clinicians, scientists, researchers belonging to all disciplines involved in liver transplantation. In addition the ILTS was committed to the publication of a dedicated journal. A number of important individuals, who provided ideas, encouragement and significant assistance in the evolution and formation of the ILTS, need to be mentioned: Drs. William Merritt, Andre DeWolf, and Jorge Estrin –anesthesiology; Drs. Ake Grenvik and David Plevak — critical care medicine; Drs. Russell Wiesner, David Van Thiel and Michael Sorrell — hepatology; Drs. William Wall, John Fung and Robert Gordon – surgery. All played vital roles in the formation of the ILTS (Table 1). It should be noted that the moral support of Dr. Thomas Starzl, Sir. Roy Calne and Dr. Rudolf Pichlmayr were invaluable. Dr. Yoogoo Kang was elected as the founding president of ILTS. (Table 2)

The First Congress of the International Liver Transplantation Society was held in April 1992 in Minneapolis and was hosted by Dr. Russell Wiesner (Mayo Clinic) and Dr. Jorge Estrin (University of Minnesota). During this meeting the preliminary by-laws of the Society were adopted, and on April 20, 1992 ILTS was formally incorporated as a non-profit society in the state of Virginia.

The Second Congress, hosted by Dr. William Wall (University of Western Ontario, London, Ontario), was held in Toronto in 1993. At this time the ILTS was formally incorporated as a non-profit society “for all health care personnel involved or interested in the care of liver transplant patients”. The adopted by-laws specified the organizational structure of the Society, which more-or-less is still the current model of leadership. Dr. Russell Wiesner was selected as the Second President of the ILTS and Dr. William Merritt became Secretary/Treasurer, which was a key position during the creation of the administrative structure of the Society. It should also be acknowledged that Dr. Andre DeWolf was instrumental in promoting the society in order to increase the membership during the formative years. Dr. Thomas Starzl was elected as a distinguished member “in recognition of the outstanding contributions to Liver Transplantation and the Society, through excellence in clinical care, education, and research.”

In 1995 the Society took its first major international step by holding its third Congress in London, UK, together with LICAGE. Dr. Dennis Potter was the program director for the ILTS and Dr. Jonathan Freeman, for LICAGE. At this time, Sir Roy Calne and Dr. John Farman were also elected as distinguished members of the Society. Dr. William Wall was elected as the Third President (Table 2)

Since that year meetings were held every other year until 2000, when the Society decided to hold an annual congress (Table 3). With less concern for financial constraints, the ILTS began in 2000 to provide travel awards for young investigators, encouraging participation in ILTS congresses.

Meetings were held every other year until 2000 when the society elected to hold an annual congress.

Dr. Felix Rappaport, the past Editor of Transplantation Proceedings was an important supporter of the early efforts of the society by providing a forum for publications of the three first conferences held in Pittsburgh. However in accordance to the ILTS mission and with the encouragement of Dr. Starzl, discussions started in 1991 to initiate an official liver transplantation journal. The original publications committee consisted of Drs. Kang, De Wolf, Van Thiel and Fung, while Dr. Russell Wiesner led exploratory discussions with several publishers. However soon it became evident that the American Association for the Study of Liver Diseases (AASLD), which was publishing the journal Hepatology, was pursuing the same goal. In order to avoid dilution of manuscripts over two journals, the AASLD and ILTS reached an agreement to cosponsor the one new journal, with a joint publication committee equally representing by both societies. Drs. Michael Sorrell and Byers Shaw at the University of Nebraska were elected as the first Editors for the journal, entitled “Liver Transplantation and Surgery”. The first issue of at that time bimonthly journal, was published in January 1995. Four years later, Liver Transplantation and Surgery was recognized by Index Medicus.uring this period the opportunity was explored to make Liver Transplantation and Surgery the official journal for the American Hepato-Bilio-Pancreatic Association (AHPBA), which after detailed analysis did not become reality. In the year 2000 the Editorship changed to Drs. Russell Wiesner and Ruud Krom, at the Mayo Clinic Rochester. At that time the name of the journal was changed to “Liver Transplantation” in order to emphasize its focus on all aspects of liver transplantation. Quickly the Journal’s impact factor grew and the marked increase in submitted manuscripts allowed monthly publication from 2001.

Liver Transplantation is an important feature of ILTS membership. Its Associate Editors, selected from all disciplines, are a geographical representation of important international centers. By publishing all abstracts of the ILTS congresses, the Journal has become an academic historic file of ILTS. In addition, the journal publishes a yearly supplement of review articles related to the topics of the ILTS/AASLD Liver Transplant Course held during the AASLD Annual Meeting. This course provides a comprehensive overview of timely liver transplantation topics for practicing liver specialists and is attended by more than 2,000 participants annually.

A recent agreement with AASLD to implement mandatory subscription will result in a vastly increased distribution of Liver Transplantation. Drs. Jorge Rakela and Michael Sorrell were instrumental in convincing the AASLD of the importance of this action. The Editorship of Liver Transplantation is due to change in January 2005 and review of applications and selection of the new editors is expected during the 2003 calendar year.

In the years of existence of this society, many advances in liver transplantation have occurred. We have witnessed: the development of new anti-viral agents; the development of radiographic decompressive procedures for portal hypertension; efforts at defining “standard minimal listing criteria” and modeling to predict mortality on the waiting list in order to achieve more rational decision for organ allocation; the implementation of new immunosuppressive agents and now tolerance studies; broader application of living related and split liver transplant technology; forays into xenotransplantation, gene therapy and bioartifical liver technology. In addition, liver transplantation has seen worldwide application, and is currently available in more than 60 countries on all populated continents. The members of ILTS have all contributed to these developments as well as the dissemination of the know-how of liver transplantation.

Although many of the objectives that the original founding members for the ILTS have been achieved, the current ILTS leadership and its members continue to explore new ideas and concepts. They have partnered with several organizations, including LICAGE, the European Liver Transplant Association (ELTA), the American Society of Anesthesiology and AASLD to support the objectives by co-sponsoring annual meetings and/or conducting liver transplant sessions as part of their meetings (TABLE 4).

According to our founding president, Dr. Yoogoo Kang – if we adhere to the principles upon which the ILTS was founded and continue to foster cross training between involved groups, the future of our society will be secure. 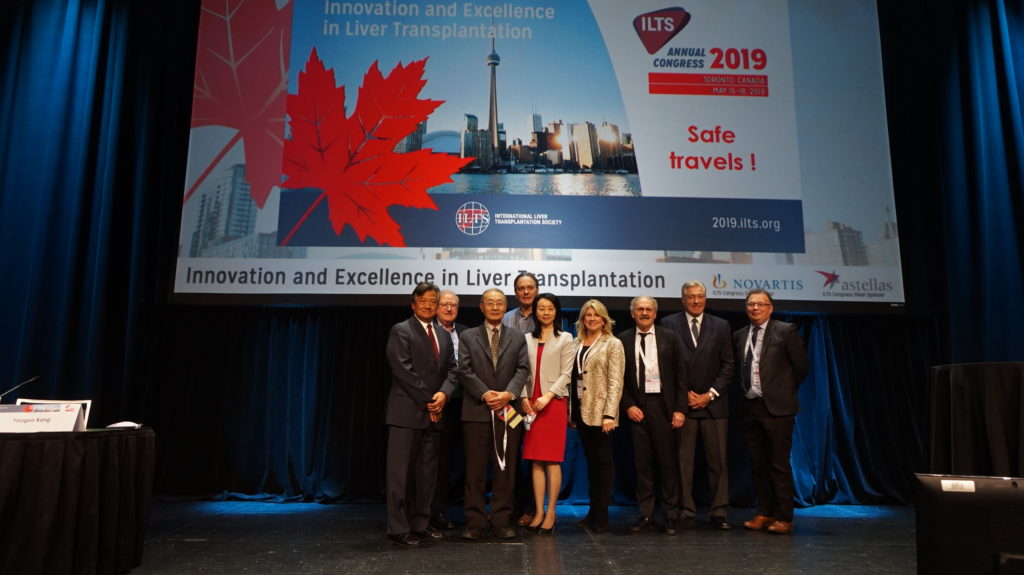 From left to right:

Written by Dr. Marvin Berkowitz.
Special thanks to Yoogoo Kang and John Fung for their assistance in preparing this article. 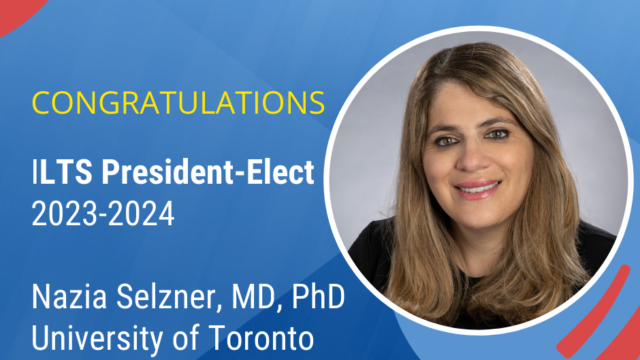 We are excited to announce the election of... 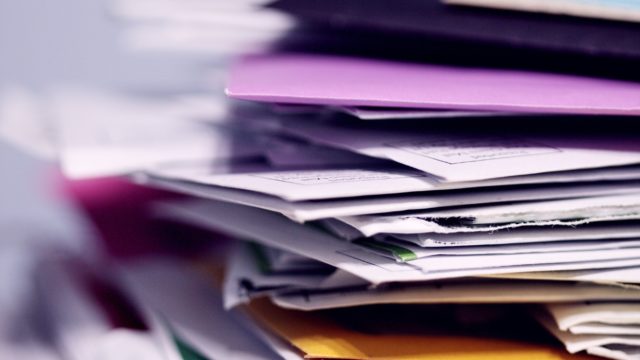 The January issue of Transplantation, the official Journal of... 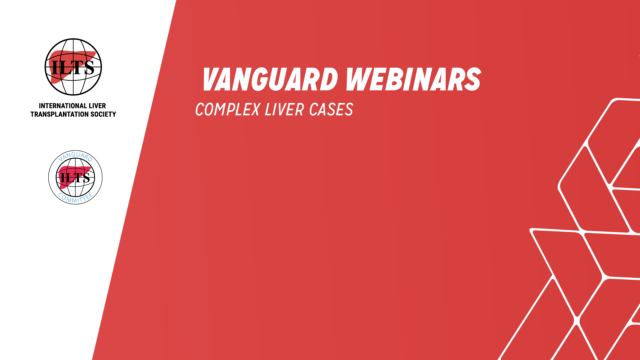 Complex Liver Cases   With presentations by... 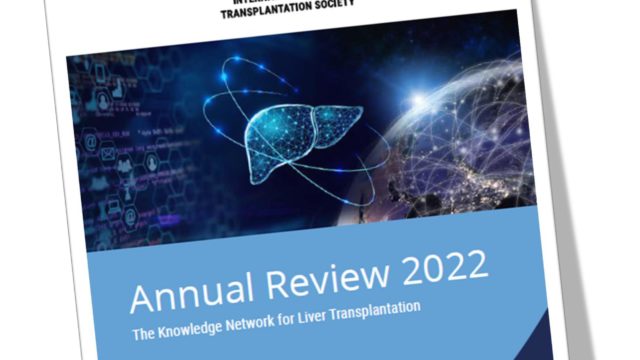 Read the ILTS first ever Annual Report and... 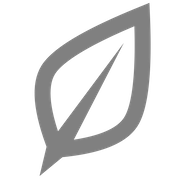